A funny thing happened on the way to higher interest rates—theystarted moving in reverse three months ago. For instance, Canadian 10-year GoC yields dropped back below the 2% threshold this week, down from the short-lived peak of 2.60% reached in early October. Some retreat is understandable given the broader financial market volatility in late 2018, a more subdued outlook for Fed and BoC tightening, and the pullback in oil prices over that period. But, it is remarkable that the level of long-term yields has again careened to sub-2% terrain. After all, the Bank of Canada’s longstanding official view on neutral overnight interest rates is in a range of 2.5%-to-3.5%, and yet even the longest-term interest rate seemingly cannot break into that zone (Chart1). This, at a time when both headline and core inflation are basically right on top of the Bank’s 2% target, budget deficits remain meaty, oil prices are close to long-run norms, the output gap is essentially closed, and the unemployment rate is probing its lowest level in almost 50years. If long-term yields can’t stick above 2% in this environment, it raises two fundamental questions:

Deconstructing the recent slide in nominal long-term rates reveals that most of the drop has been driven by the inflation outlook implicitly built into yields (Chart 2). In other words, real bond yields have only slipped slightly in recent weeks. In turn, much of the steep slide in the inflation component can be traced back to the sudden reversal in global oil prices late last year, when the market decided that the U.S. sanctions on Iranian oil lacked bite, and as U.S. production continued to soar.

But looking beyond that short-term swing in oil prices, the latest pullback in yields is just part of a bigger pattern that has been unfolding for years, nay decades. Economists, forecasters, pundits—of which we stand accused on at least two fronts—have consistently overestimated long-term interest rates for a seeming eternity. Take, as just one example, the relentless drop in expectations for bond yields among private sector forecasts in the official survey that the Department of Finance conducts a few times a year. (Since the mid-90s, this forecast has been used in Ottawa’s budget plans, in part to ensure that the underlying economic assumptions are in no way politically motivated.) Two major points stand out in Chart 3: 1) the forecast for yields five years out has plunged 400 bps in past 25 years; and 2) every single one of those forecasts was far too high on the bond yield call. Even the most recent forecast of 3.3% for 10-year yields (five years hence) looks in danger given today’s sub-2% reality.

There’s not too much mystery behind why yields have been on a long-term slide. At least, in part, the relentless move has been related to a long-term slide in nominal GDP growth (Chart 4). In the early stages of the four-decade bull market, the slide in nominal GDP growth was first pulled down by lower inflation. More recently, the descent has been led more by much slower real GDP growth. The current consensus assumes that nominal GDP growth will settle into a 3.5%-to-4.0% range in the medium term. Suffice it to say that the bond market, with yields struggling to hold onto the 2% handle, is saying “I will take the under on that range”.

When yields were scraping bottom in 2016, many resources were poured into exploring the implications of Low for Long. The Bank of Canada, for one, delivered two key speeches on that very subject at the time, after having earlier openly mused about the possibility of negative interest rates. As a brief recap, here are some of the biggest implications of the possibility of 2% yields forever:

Winners: Borrowers, obviously. And for Canada, where the systemwide debt has risen to a towering 330% of GDP (Chart 5), the economy is indeed more rate-sensitive than in the past. That sensitivity could partly cut the other way as well—i.e., even small rate cuts would bring some relief in the next downturn. The housing market will find support, with long-term mortgage rates starting to ebb. Interest-sensitive sectors in equity markets have benefitted, with utilities, telecom and REITs rare stand-outs in a challenged TSX over the past three months. Finally, government budgets benefit. Simply, debt dynamics become much more friendly when “g is greater than r” (i.e., when real growth at about 1.5%-to-2.0% is much higher than real interest rates of nearly nil). At those estimates, Ottawa has room to run primary deficits of around 0.5% of GDP and still keep the debt/GDP ratio steady (versus a small projected noninterest surplus this year). That’s not a prescription, but just the math.

Losers: Savers, obviously. With almost all yields now again negative in real terms, even before taking taxes into account, it’s readily apparent that there’s not much incentive to save. And Canadians are clearly responding to that negative incentive. While we are no fans of the official savings rate, it is notable that it drooped to an average of just 1.0% in the first three quarters of 2018, on course to hit its lowest annual tally in almost 60 years of records. In a similar vein, pension funds will come under renewed pressure from sustained ultra-low bond yields, given that the liability side is discounted by long-term rates.

Circling back to the initial two questions: What will it take to seriously lift yields? Less QE globally, firmer inflation (perhaps driven by faster wages), and/or firmer real GDP gains (perhaps supported by higher infrastructure spending or productivity). Are those likely? Not really. So, is the Bank’s official estimate of neutral too high? Most probably, and even Governor Poloz hinted at such in a remark in December that the new normal may in fact be around 2%. The implication for BoC policy is that at 1.75%, the overnight rate is already pretty close to home.

Please click here to access the article in its original format, including BMO’s Disclosure and Conflict Statement.

Last November, the Federal Reserve announced that it will review the “strategies, tools, and communication practices it uses to pursue ...
Read more
BMO

Ever been rudely interrupted from an idyllic dream, only to face the hard reality of another brutal winter morning, skidding...
Read more 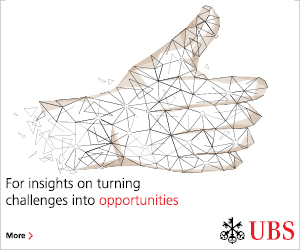 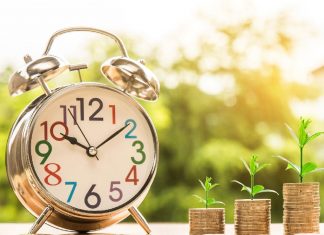 US$1 Trillion Green Bonds by the Summer?

News Round Up – Dovish Fed, Stable Gold and Deutsche Bank’s...